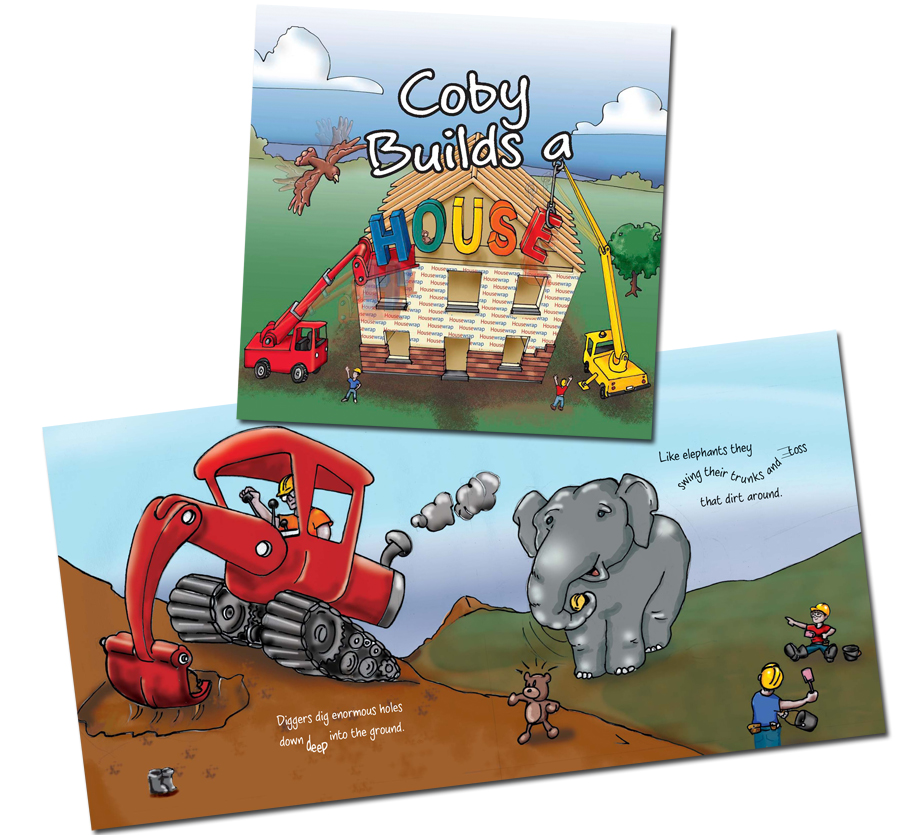 For Geranium Corporation’s Housing Division President, Boaz Feiner, it was during an afternoon visit to one of Geranium’s construction sites with his three sons Coby, Etai and Nate that a remarkable idea was born. He was amazed at their fascination with the construction process. Whether it was the noise, the machines or the on-site activity, their wide open eyes and grins somehow took Boaz back to when he was a kid and the excitement he’d experienced with nothing more than a hammer, a few nails and a piece of wood.

This visit, and the many more that would follow, ignited the boys’ curiosity and produced lots of amusing ideas about work on a building site. Then, in 2010, their insights became the inspiration for Coby Builds a House – an illustrated story about building a house, as told from a child’s point of view by one brother to another.

With a suggested donation of $10.00 per book and all proceeds being contributed toward various charitable sponsorships and organizations, Coby Builds a House continues to support a variety of groups including the Whitchurch-Stouffville Food Bank, Habitat for Humanity, Trees of Wishes and CardiacKids in support of Sick Kids Hospital Foundation.

In 2011 Geranium Homes presented Jeff Neiman,President and Founder of Cardiac Kids, with a donation cheque for $1,800. Cardiac Kids also received 200 Coby Books which they, in turn, gave to patients of Sick Kids Hospital. The relationship has been so successful that Geranium has printed a Special Edition of the book for the exclusive fundraising use of Cardiac Kids.