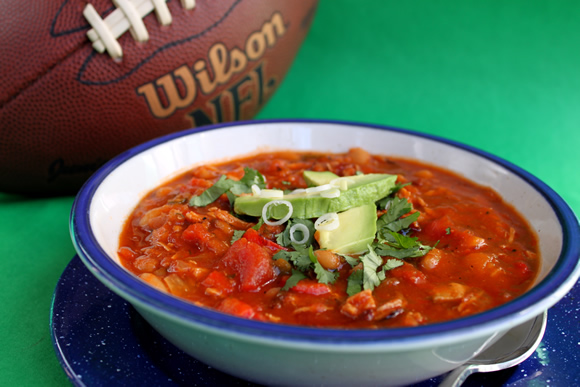 Super Bowl Sunday is almost here and time to start planning your traditional football party fare. So, why is it that chili is the Super Bowl staple to any good party? It’s simple, you can make it a day or two in advance and it meets all the criteria for a football party – a one pot meal that feeds a lot of people, goes well with beer, you can eat it with nachos or chips and you can top it with cheese!

So if your Super Bowl game plan includes a simmering pot of chili here are some variations you may want to try.

Chipotle Chicken Chili
This white bean chicken chili (pictured above) comes with a kick of chipotle. The added bacon makes for a real crowd pleaser.  Serve this up appetizer-style in Tortilla Scoops, just make sure you have plenty of napkins. 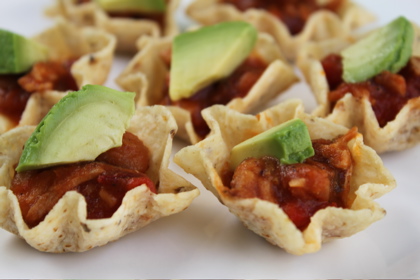 Serve the chicken chili in scoops and garnish with onions, cheese or even avocado

Easy Slow  Cooker Chili
If you like your chili to cook overnight, the slow cooker is the way to go, and according to CHOW the perfect chili recipe calls for a slow cooker.  I’ve tried this recipe, it’s very good although I must admit it was even better after reheating. it 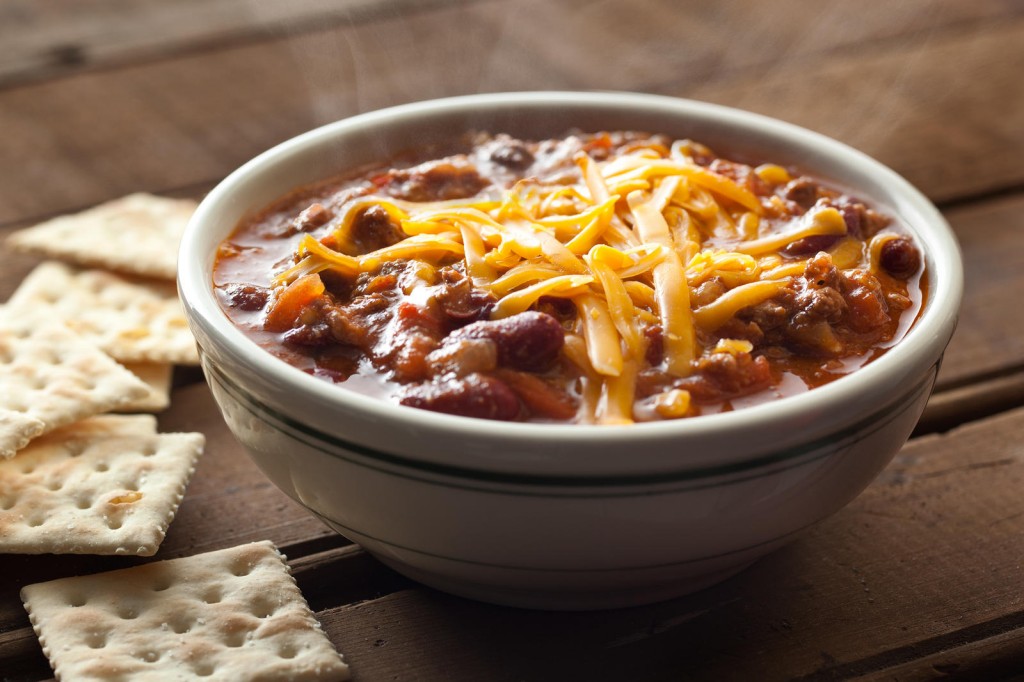 Turkey Chili with Cocoa and Cinnamon
There are three reasons this recipe appeals to me.  1) You can cook it all in one pot. 2) The flavour benefits from the addition of cocoa and cinnamon and, 3) according to Mai of Sweet Alchemies,  only one tablespoon of oil makes it waistline friendly as well. 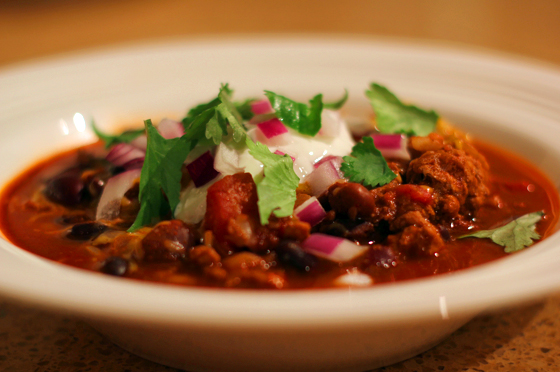 Turkey Chili with the added flavour or Cocoa and Cinnamon

Steak Chili
Maybe it’s the name that grabbed by attention, Damn Delicious, but here’s a recipe that substitutes ground beef with stewing beef.  Whenever I’ve tried this  substitution in the past, the meat was not as tender as I preferred, however maybe this recipe will change my mind. 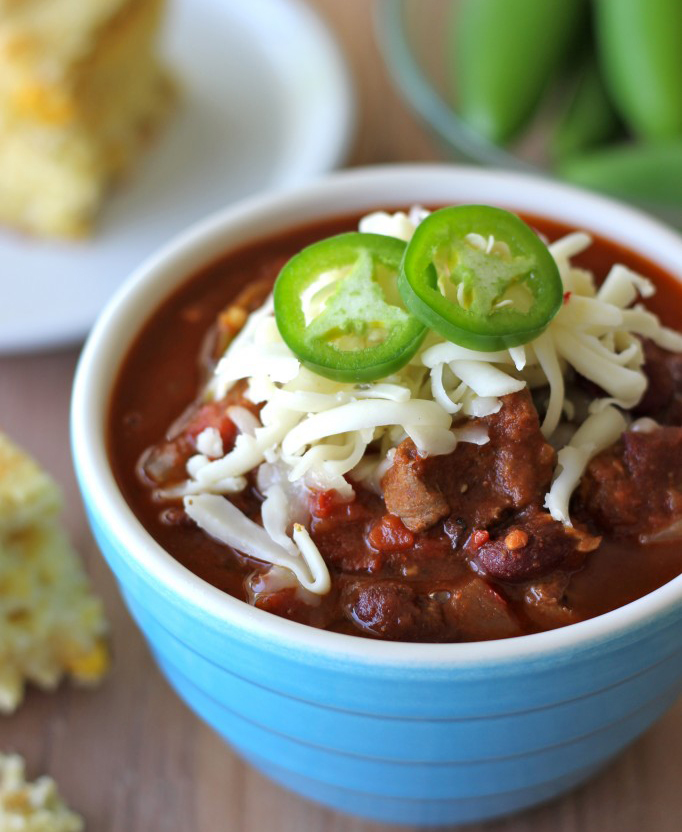 White Chicken Chili
Here’s one that’s definitely on my to try list. It calls for bone-in, skin-on chicken breasts, thighs or a combination. A squeeze of lime juice at the end balances the richness and heat with a bright kick. 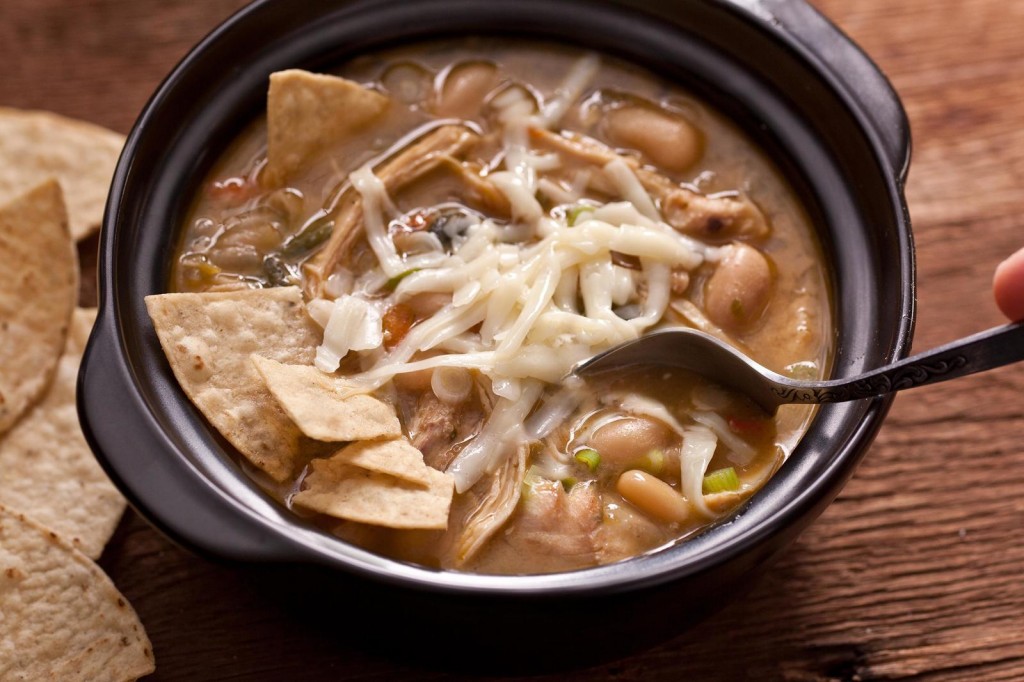 Southwestern Vegetarian Chili
When looking for a good meatless chili, there were plenty to choose from, the reason I chose this one from the Wine & Plum was because it came with a bonus cornbread recipe, which is a great complement to any chili meal. 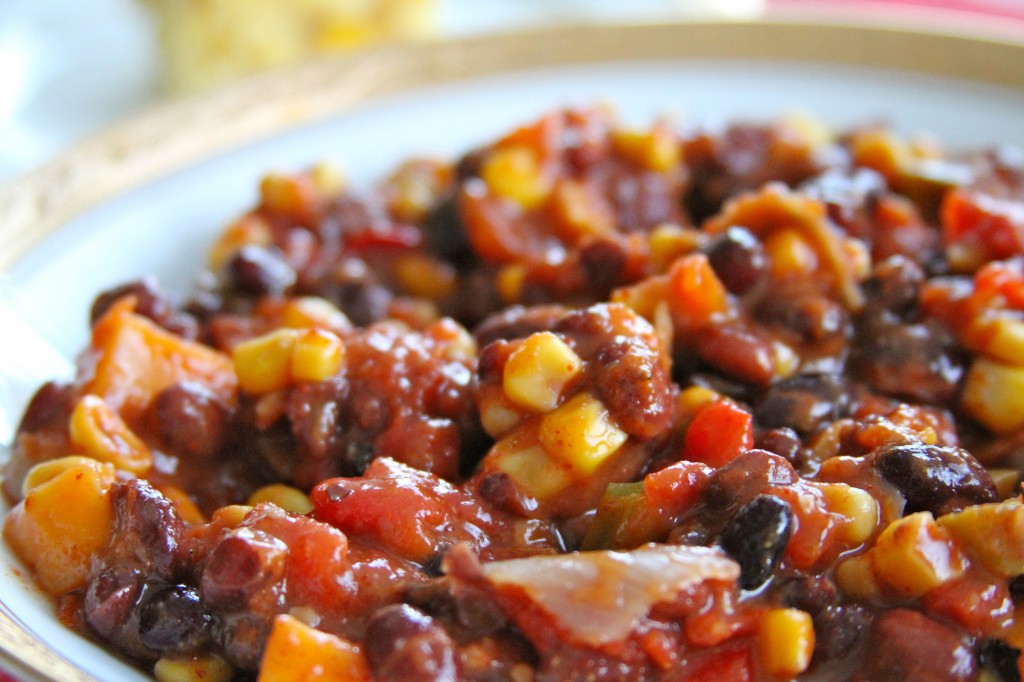 Smoky Pork & Bacon Chili
Well if you’re going to do a pork and bacon chili, you’ve got to go to the source.  I went to Pork Be Inspired for this recipe, and let’s face it, bacon and chili belong together. 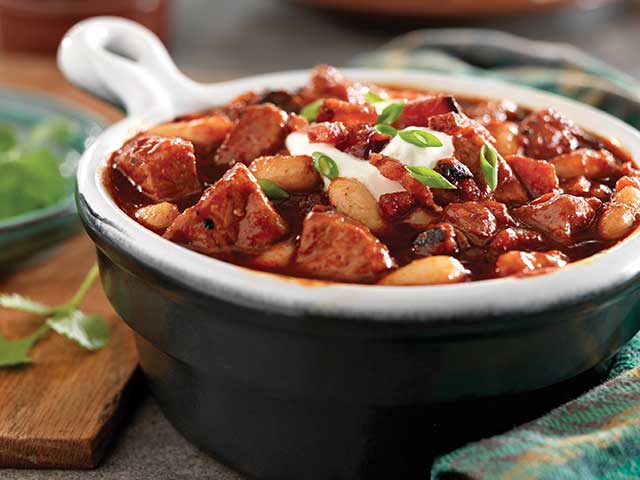 So sit back and enjoy the game with good food and great friends. From everyone at Geranium Homes let the game begin!